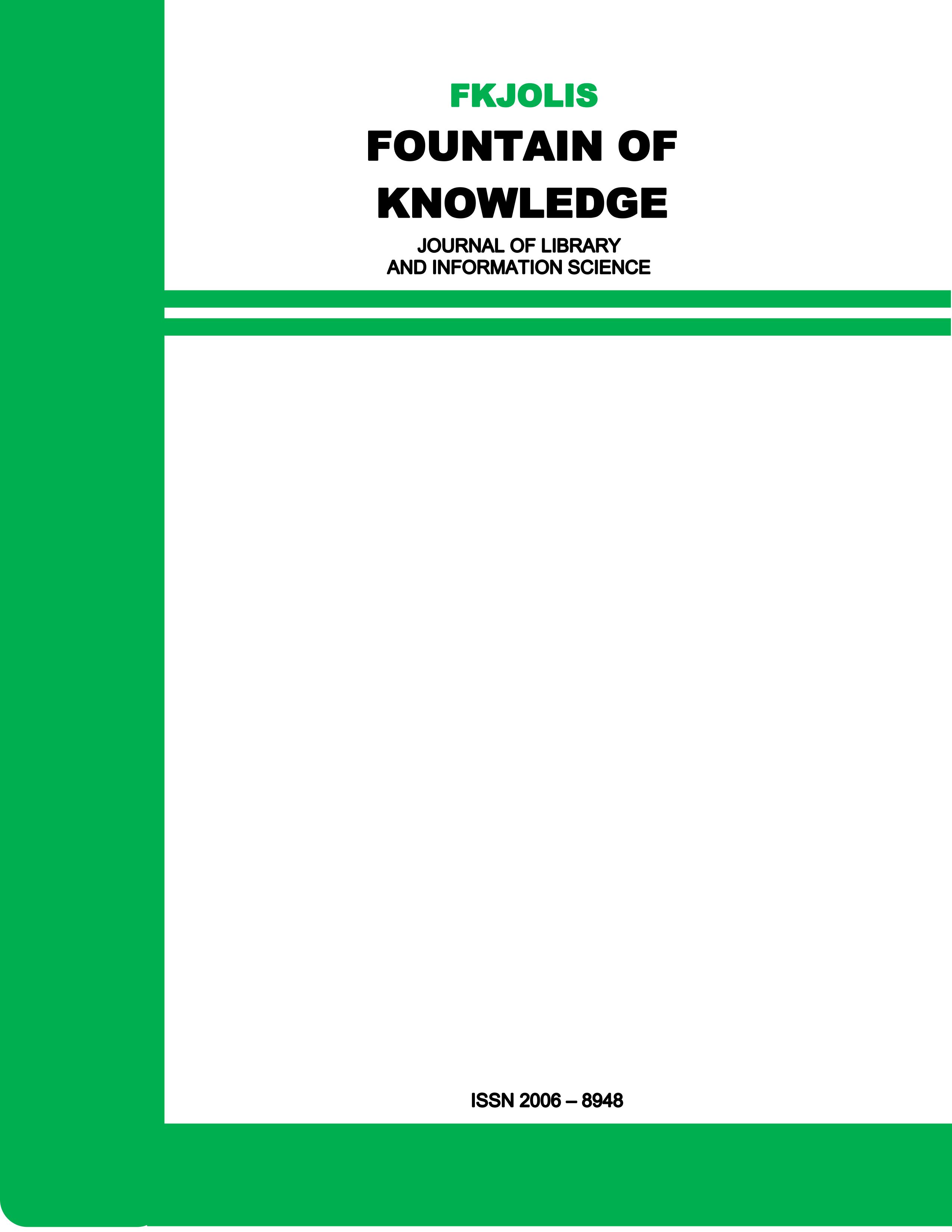 Organisational support plays vital roles in determine the level of commitment of personnel in organisations. Hence, this study investigated level of organisational support and its influence on personnel commitment in university libraries in South – West, Nigeria. The study used descriptive survey research design. The population of the study comprised of 1,163 personnel from public and private university libraries in South – West, Nigeria, out of which 643 personnel were sampled using multistage sampling technique. Two instruments were adapted and used for data collection, namely: questionnaire and interview schedule. A total of six hundred and forty three (643) copies of the questionnaire were administered, out of which five hundred and forty one (541) copies representing 84.1% were retrieved and analysed. Data collected were presented and analysed using both descriptive and inferential statistics. Results indicated that level of organisational support to personnel in term of fair treatment (Mean = 2.71), wellbeing (Mean = 2.70) and job environment (Mean = 2.48) were low compared with criterion mean of 3.0. Also, the results revealed that organisational support significantly influenced personnel commitment in university libraries (p?0.05). The study recommended that stakeholders in the management of university libraries should be more concern in supporting employees through fair treatment, improved wellbeing as well as provision of conducive work environment in order to enhance personnel commitment.

How to Cite
Badmus, I. T., Alhassan, J. A., & Ahmed, A. O. (2022). Organisational Supports as Predictor of Personnel Commitment in University Libraries in South – West, Nigeria. FKJOLIS, 8(1). Retrieved from http://fkjolis.org/index.php/fkjolis/article/view/2
Issue
Vol. 8 No. 1 (2022)
Section
Articles

Plagiarism Policy
The journal shall subject every manuscript to originality check and gives a desk rejection of any manuscript that scores higher than the 20% threshold.
Where possible, authors are therefore encouraged to submit the evidence of originality check, which should not be more than 20%, along with the final draft of manuscript. Where this is necessary, it is not a compulsory requirement for submission.